It is interesting that in this current boom of Yoga Vogueing there are two distinct camps emerging.

These multifarious Exotic Sport Yoga options are often promoted by studios offering ‘as many as you can eat in a month’ style discounts and modern Yoga mat style cut ’em thin so you can pack ’em in facilities. Though these marketing strategies can also mean thats its increasingly difficult to develop a continuity of student profiling or a systematic developmental pedagogy, but what the heck its all Yoga.

Now Yoga, as both a restorative and preventative, is applied as therapeutic healthcare to help people with problems or poor health. Here the approach needs to be very different for each person. One person’s potential to change their situation will be affected by their problem. Another person’s problem will be affected by their potential to change their situation. 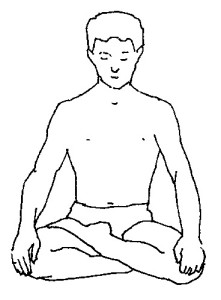 Here Yoga is a means for meditation with self-inquiry as the primary focus.

“Who am I?” is the question that acts as a map for an inner journey into our psyche. It is a quest to touch and be touched by the “soulful” quality of being that resides within.

The word Yoga is by now well known outside India. In fact over the last four decades we have seen it quietly and steadily taking root within our Western culture and language. Yet ask any number of people what Yoga is and you are likely to get many different responses.

These responses are often diverse, and sometimes contradictory. However, Yoga can generally be summarised into three possibilities or approaches:-

Firstly Yoga can be explained as a means to attain a degree of power or control over our body and mind. 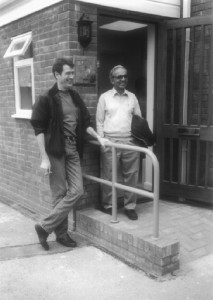 My experience of the application (though not known as Viniyoga till some years after I began my studies in India) of Yoga as a 121 personalised practice methodology transmitted from teacher to student has been formed by a 23 year apprenticeship through intensive immersions in personal lessons, from numerous visits to Madras in South India, learning Yoga practice techniques and theory and associated Yoga and lifestyle texts study under my root teacher TKV Desikachar.

My journey to this relationship with 121 lessons as an authentic and traditional medium for adults learning Yoga as a practice tool and study reference for our personal support and development started in 1972, as for most of us with joining a group Yoga Class. In my case from an interest in meditation coupled with an inability to even sit on my heels. 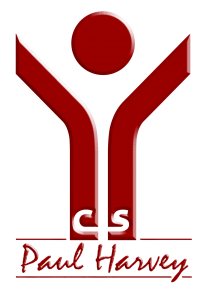 The 600 contact hours studying Yoga Practice Techniques and Theory or Associated Yoga and Lifestyle Texts can be undertaken purely as a student, without any obligation or need to simultaneously train as a Yoga teacher.

Each modular series, whether in the field of Study of Yoga Practice Techniques and Theory or Associated Yoga and Lifestyle Texts, is complete in itself and designed for Yoga students from any background or approach interested in exploring Yoga practice and textual study in small groups of around 4 students for personal development now, or if relevant in the future, professional needs.

This is unusual these days, as normally to access such a breadth and depth of Yoga training material a student would need to be a participant within a Yoga Teacher Training Course. 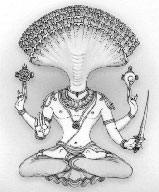 Yoga as a Process – The View, Path and Goal towards Samādhi as in Patañjali’s Yoga Sūtra

It is interesting these days that as a Yoga teacher the question I am more likely to be asked is ‘What kind of Yoga do you do?’ rather than ‘What is Yoga?’. It’s either that we think we already know what Yoga is or, more likely, that the view is becoming lost within the myriad of ways in which Yoga is offered.

These days there seems to be little apparent clarity around what Yoga is, or if there is a view, it is not very apparent.

This view may also be coloured by religious influences such as Hinduism, Sikhism or even bodywork paradigms such as physical culture, bodybuilding, gymnastics and even wrestling.

In the Yoga world of today in the West it seems as if many teachers are teaching without a clear ‘view’ of what Yoga is and how we might realize this view.

Yoga Practice and Study was seen by T Krishnamacharya as three interwoven threads:

– Firstly Śakti Krama or Yoga Practice as a means of Power

Yoga can be used to link the body and the mind. It is the ability to achieve something through intense physical and mental effort or Śakti Krama through either Śikṣaṇa Krama (Practice with No Compromise) or Sṛṣṭi Krama (Practice for Children).

For instance, to cultivate and maintain a state of concentration or to develop the body and the breath through refinement of various postures and breathing techniques. The consequences are power over and within the body and the mind.

As such, Yoga can be seen as an art and offers a fascinating and helpful pursuit for many people looking to develop these qualities.

“What good is the sword of wisdom (jñāna asinā)
to cut away the chains of illusion (avidyā),
if the holder is too weak to bear it.”
– T Krishnamacharya

Traditionally this aspect is only a means towards a more important goal. 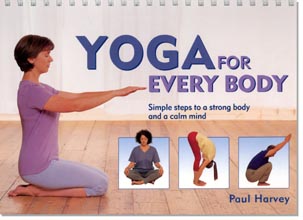 Students often ask:
“How do I progress?
How do I know when I’ve progressed?
Does it mean staying longer in a posture?
Does it mean practising more often or for a longer time?
What are the next steps?”
and so on

These questions can be explored by looking at Yoga from three different viewpoints. They can help us appreciate what it means to change the unhelpful patterns of behaviour which cause us problems and difficulties time and time again.

I feel the importance of taking personal responsibility for correct pronunciation of Saṃskṛta should not be compromised by learning laziness and with it the sloppy pronunciation so apparent today, even amongst Yoga teachers of many years.

There is a vibrational power inherent in these powerful Yoga concepts in Saṃskṛta that can only be realised through correct pronunciation. Or at least learn how to pronounce the word Āsana as it is meant to be heard. 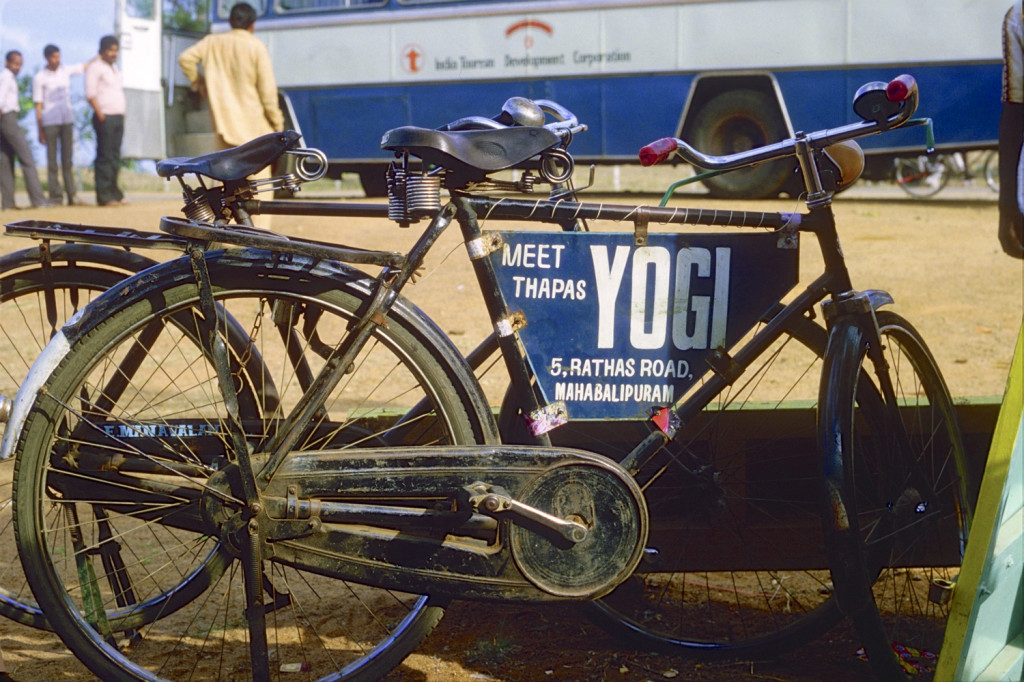 Posting the above picture on my Facebook and Twitter pages yesterday as part of a series of visual reflections on life in India from the early 1980’s reminded me of a story behind this particular shot.

It was 1983 and I was teaching one of my group classes just prior to leaving for a personal study sojourn in Madras with Desikachar. 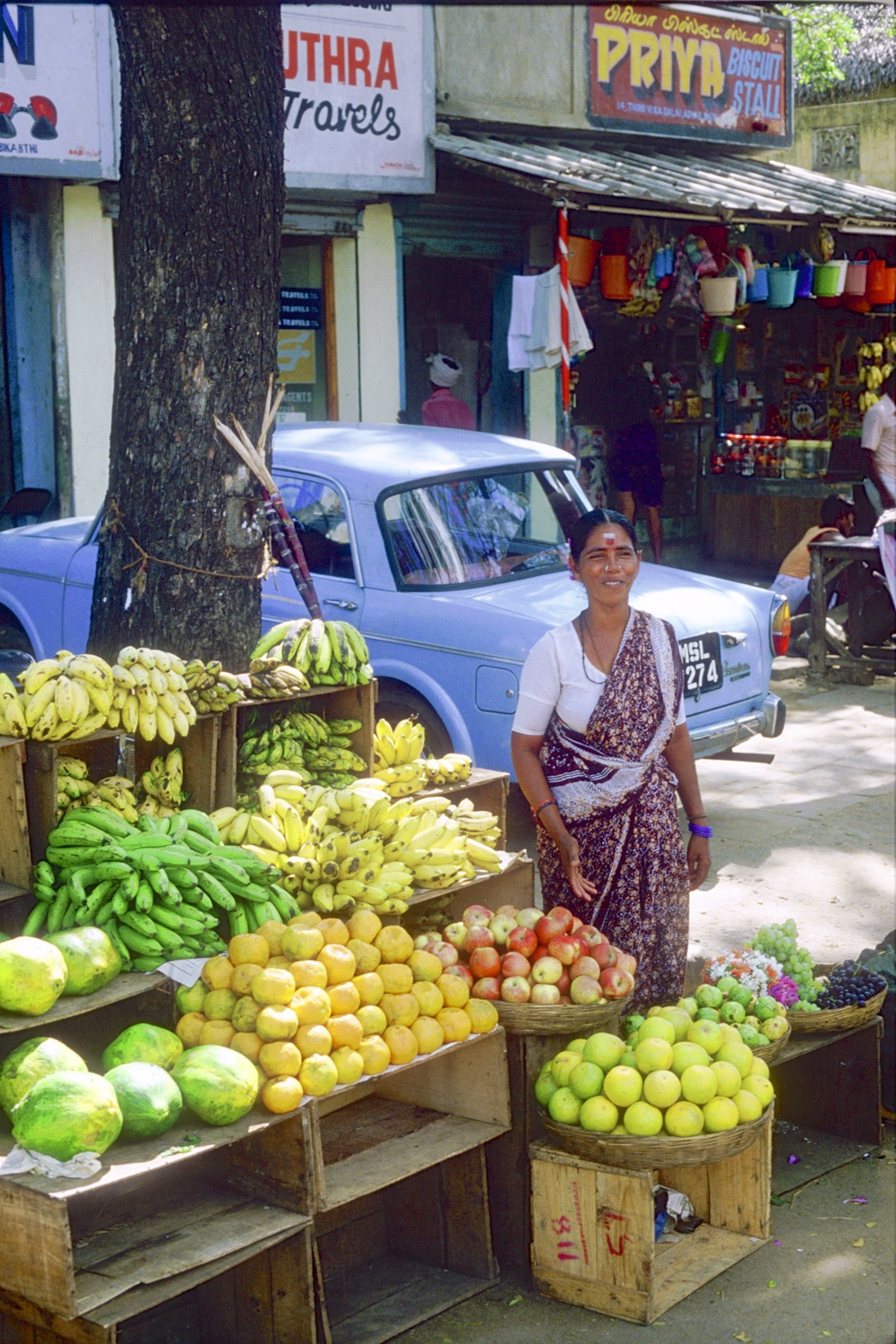 I was shopping one day at my favourite fruit stall in Adyar one day in 1980, in the days prior to such things as plastic bags, plastic bottles, etc.

So my fruit was put into paper bags and as she handed them to me I noticed that they had been handmade from someones old A4 notes written in a distinctive green ink.

S’funny I thought, as that looks familiar writing/drawing and sure enough it was my own notes from my personal lessons with Desikachar.

Somehow my original notes had worked their way from being written up by me, to the waste paper basket in my apartment, and via my cook, to a paper bag maker, to be resold to the street vendors.

A curious juxtaposition to find my bananas enveloped by Yoga teachings on vinyāsa krama. 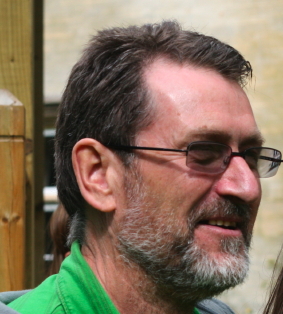 – An interview with Paul Harvey on BBC Radio Bristol Feb 1986.

I. Yoga is often portrayed as sitting still perhaps in rather bizarre positions communicating with the depths of human relaxation and comprehension. How accurate a picture is that?

I am delighted to welcome to the Programme this afternoon Paul Harvey who among other things teaches Yoga at the Centre for Yoga Studies in Bath and at the Whiteladies Natural Health Clinic. You also, I think, have a couple of diplomas haven’t you?

PH. Yes I have though I feel that my main training has come not from diploma work but from the closer experience of studying and practising Yoga in India.

I. You’ve only recently come back from India I know and you spent what two years or so in India in the late seventies or early eighties?

I. Where did your own interest in Yoga come from then Paul?

PH. My own interest in Yoga came from a vague understanding of Indian thought and Indian philosophy in the late sixties and early seventies and from looking at the idea of meditation and at what meditation was.

One of the first things I found was that I couldn’t sit still. It was impossible to sit because of the stiffness in my back and the discomfort in my legs and it was my wife who saw an advert for a Yoga class. This was in 1972.

I. But…..A Yoga class? One imagines them all sitting with their legs behind their neck in rather odd positions as I mentioned before. Was that the picture you had in your own mind of Yoga at that time?

PH. I’m sorry to say that the first class I went to was like that. The teacher stood on his head and waved his stomach in and out. He had a rather large stomach so it was quite an extraordinary sight and when we finished the class we all went down to the pub afterwards.

The role of ritual is the engaging of the psyche,
within the personal unconscious/subconscious,
by the conscious ego,
through the use of techniques such as gestures, symbols, visualisations and sound.
They are ‘chosen’ because of their potent links with archetypes,
in order to raise up archetypes,
especially the ‘Self’ archetype,
from the collective unconscious.
This process engages the power of an archetype from which the conscious ego pales by comparison.
From this arises the experience of a shifting centre of gravity from the ego to the ‘Self’
and the numinous becomes increasingly immanent.